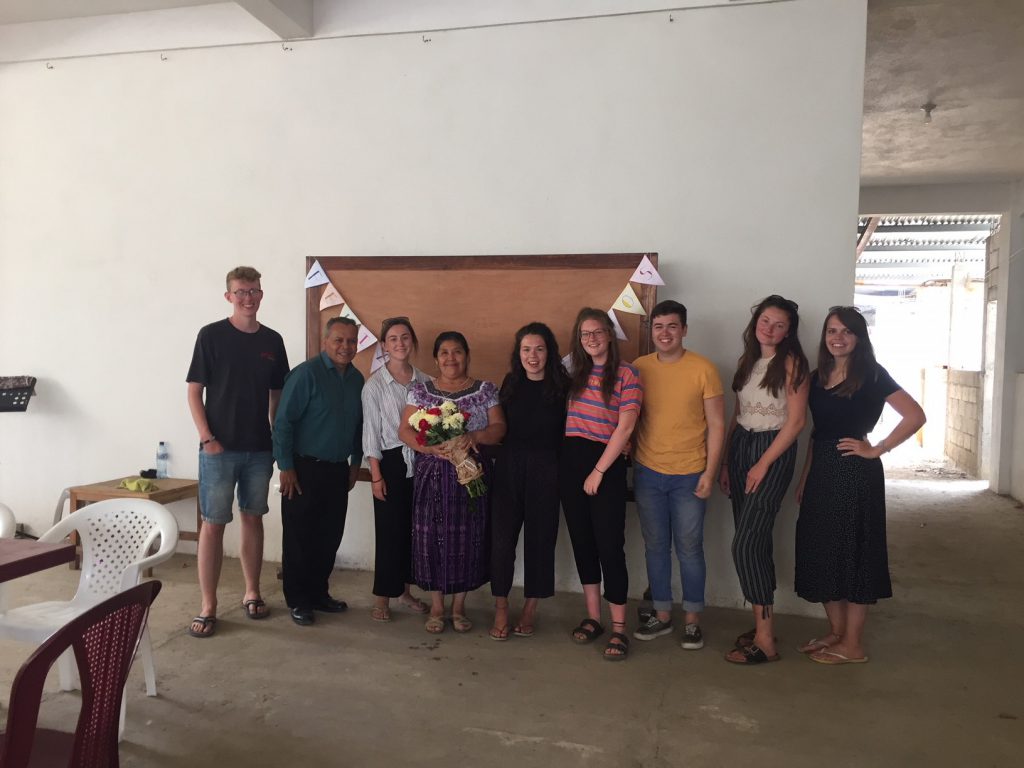 This week we have worked out who is a natural, accurate, painter and who should really be kept away from the paint brushes. We were given the opportunity to paint the Sunday school room; and to create a mural for the wall. We think we have done a good job and we definitely enjoyed the process of painting it.

We, of course, have gone to a lot of church services this week, as per usual. We had one especially lovely service at a lady’s house where we sat in the sun worshiping and praying. It was real evidence that to them church is the people and not the location. Afterwards we were given this drink called mosh (it tastes like it sounds). It can only be described as a very bitter hot chocolate with rice in, some of us liked it more than others.

It was Maria’s birthday on Sunday (the pastor’s wife). So we decided to put on a mini birthday bash and invite her and the pastor over for lunch. We decorated as much as we could and even cleaned the church especially (not that we don’t normally do loads of cleaning anyway). We told her that we had cooked traditional English cuisine; pasta, with Oreos for dessert. We think she liked it.

Very last minute we were asked to host and run the youth group on Saturday night and the Sunday school for kids. You wouldn’t believe it, but it is actually quite difficult to hold the attention of 30 children for an half an hour. Let’s just say we had quite a big clear up afterwards.

As we are nearing the end of our time in San Juan we have been invited to a lot of lunches before we go which has been lovely and we have had some great conversations. The boys even got to make tortillas, apparently it’s “harder than it looks”.

In School this week we did the stories of ‘Joseph’ and ‘David & Goliath’. We still haven’t got that inventive with our props so it was a lot of tea towels on heads and a bit of overacting. Although we had a bit of interesting experience performing Joseph in one of the classrooms, as when we looked on the floor where we were acting there were two dead birds! The kids were not even phased, wish I could say the same about us. We all love doing the dramas though and are recognised by the kids around the town as “historia historia” – story story.
Another great week. It’s safe to say that we have all grown quite attached to San Juan.