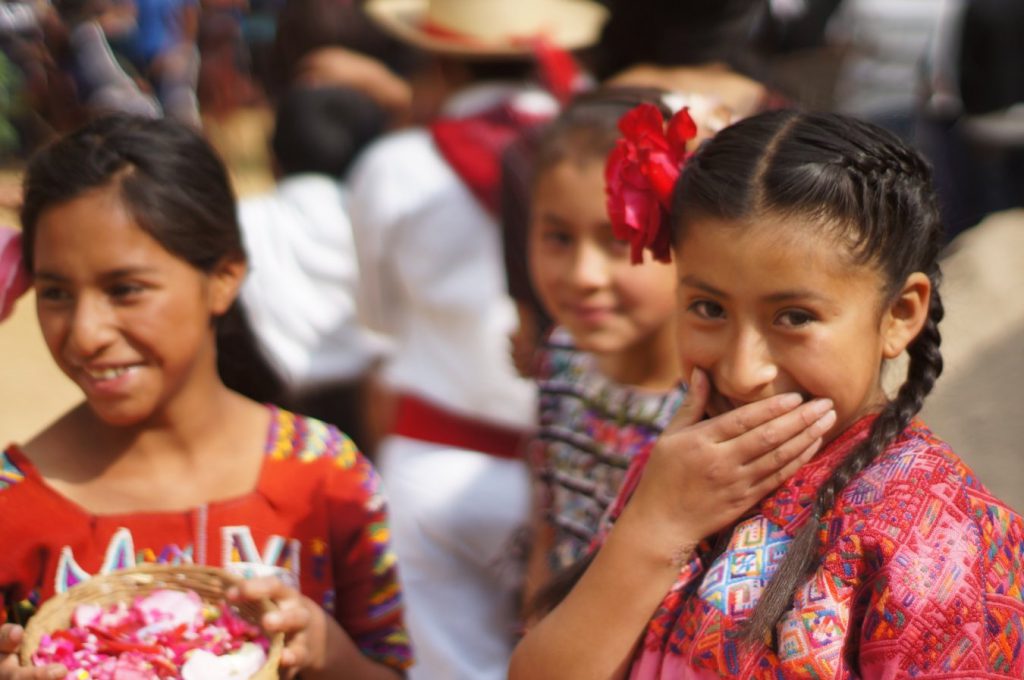 When the words aren’t there

Adventures in a new language

Joanna McCree, Short Term Coordinator for Britain and Ireland, recently visited Guatemala and Colombia. Like many of the short-term members she looks after, Joanna didn’t speak much Spanish…

“But I don’t speak any Spanish or Portuguese, is that ok?” This is a common question asked by potential Steppers and Striders (short-term volunteers). And it’s a justifiable question to ask. We all know that feeling. You realise you’ve said something entirely wrong, but you’re just not sure what it is… Or worse, you have to choose between enduring a pained silence, or digging around in your memory for some school Spanish that’s tucked away, trying to converse with a slightly random vocabulary list: ‘Fútbol’, ‘café’, ‘perro’…

At the annual debrief conference last year, for returning Steppers and Striders, conversation quickly turned to language mistakes. We all laughed at stories of mispronounced food orders, accidental insults, endless blank looks of confusion, and even an inadvertent proposal of marriage! There were dozens of them. Latin Link could publish a book of Latin Language Mishaps!

However, it seems these mishaps and mistakes form an important part of the short-term mission experience. You are vulnerable. The whole idea is that you’ll be pushed out of your comfort zone, into full reliance on God. That’s where the fun starts! Learning to communicate without a common language is just one part of that, as you can experience God working not only despite language barriers, but through them.

I recently spent time with a Swiss Step team in Guatemala, where Swiss German was the main language, with bits of Spanish thrown in. I, speaking neither, found myself at a loss. During the first meal together with the team and our Guatemalan hosts, I frantically pointed at the glass in front of me. “Wasser” I said, with some pride. They laughed and clapped, the ice was broken.

From there we muddled through conversation, learning basic German and Spanish, and nervously laughing at potential jokes. Despite the language barriers, or perhaps because of them, I went away feeling encouraged and humbled by the realisation that God is not restricted by language, and that making an effort to communicate says a whole lot.

Back at the debrief conference, teams shared how language barriers were broken down through cups of coffee, shared meals, and the universal language of football. There were relationships at the heart of every story. Whether that’s children coming to the rescue to teach them the basics, or unplanned Portuguese lessons in a neighbour’s kitchen. God was there, where he always is, in the midst of community.

So don’t be put off by your lack of language skills. God isn’t going to let that get in the way. Just as long as you don’t make the mistake one Strider made, and ask if the contraception* is in the cupboard, you’ll be fine.

*They were looking for jam, in case you’re wondering.

Interested in going on a short-term Step or Stride placement?