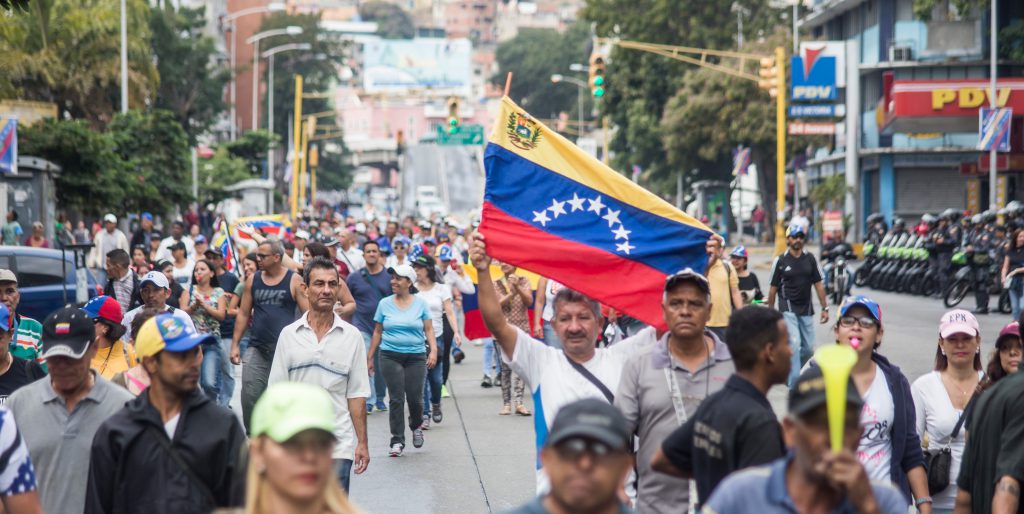 Venezuela is in crisis. A toxic combination of political conflict, hyperinflation, and a crippling shortage of food and medicine, has forced around 4 million Venezuelans to flee in recent years. Many have sought refuge in the bordering countries of Peru and Colombia, with the latter receiving an estimated 1.5 million people.

Colombians understand the predicament facing their neighbours, having experienced their own long and brutal civil war. Huge numbers of Colombians became migrants in those years and there are still millions of internally displaced people in the country. They remember that Venezuelans showed them hospitality when they desperately needed it.

However, resources for those experiencing poverty in Colombia are scarce and the plight of Venezuelan migrants is by no means over. Churches are trying to help wherever they can and Latin Link members are getting involved.

In August 2018, after serving 13 years in Peru, Ian and Juliana Horne moved to Colombia with their sons. Now (in addition to other ministries), Ian is working with the Mennonite Church in Bogotá to support Venezuelan migrants. He explains:

Many Venezuelan migrants arrive in Colombia through illegal crossing points, where they are prey to criminal gangs. Seeking employment, food and shelter, they come with virtually no resources, often having walked for weeks overland. Typically they spend the first few weeks living on and off the streets.

Having arrived, migrants find a saturated job market, and most do not have the documentation they need to get formal employment, forcing them to beg or get by doing odd jobs. Many end up renting rooms in run-down areas, where drugpushing, crime and prostitution are rife. It’s an especially tough environment for families with young children.

As a response to this crisis, I’m leading a small team of volunteers from the Mennonite church in Bogotá, reaching out to Venezuelan migrants. This church already had decades of experience, ministering to those displaced by conflict in Colombia, which has made them sensitive and open to outsiders.

A loving and supportive faith community can be so attractive to those who have been uprooted and are struggling to survive in a challenging environment.

As a team, our ministry is pastoral and holistic: receiving people with love, taking time to listen, giving practical orientation, helping them consider their options, and encouraging them to trust in God.

Migrants are at their most vulnerable during the first few months, so where needed we provide food packets and some help with accommodation and medical expenses. Small children often fall ill with the change to a cooler climate and some we know have even spent time in hospital.

We’re conscious of the danger of creating dependency, so we encourage migrants to be proactive and to develop income-generating activities, linking them with organisations who offer more specialised support. We also make a point of inviting them to take part in the different meetings, discipleship groups and events run by the church.

Every Wednesday, the church hosts an event called El Momento por la Paz (A Moment for Peace), offering Biblical reflection on a topical issue, as well as prayer, and a nutritious meal that is free to those who need it. This has been a natural space to get to know Venezuelans, who participate alongside other marginalised and needy folk and local Christians.

Mission workers are by nature migrants and we have found that our own experience of uprooting and relocation can give us a special sensitivity to the needs of Venezuelan migrants. As a family, we arrived in Colombia and started attending the church at the same time as Venezuelans Carlos and Jenny and their two children and granddaughter. In a sense, we feel that we have been living parallel lives.

We had found moving really difficult and were also adjusting to life in Colombia. But Carlos and Jenny left their home town of Yaracuy, Venezuela, because things were so tough. As Carlos says: ´We knew we had to leave when we just didn´t have any resources to be able to help others.’

Carlos and Jenny were involved in Christian ministry in Venezuela and, on arrival, they were given accommodation in our church building. Now they’re involved in service in the church, as well as running a small coffee shop.

Others have had a much harder transition. Amilcar was an agriculturalist, whose farming equipment was stolen in Venezuela. He received no state help, as he was a vocal opponent of the government, and had to migrate. He spent his first couple of weeks in Bogotá, living on the streets, then started selling sweets, drinks, and bin liners, to cover his food and rent each day.

Amilcar (pictured right) says this has been a time when God has humbled and spoken to him, leading to a real deepening of his faith. He was recently baptised, in June, along with another Venezuelan, Anyer. And he has been given the opportunity to go and work on the Mennonite farm to the north of Bogotá.

Perhaps one of the biggest challenges of working with migrants is getting to the truth. Some try to invent a new identity when they get to Colombia and can be economical with the truth, if they think it will help them. So we seek to demonstrate God´s love and compassion, but also need considerable wisdom and discernment.

We have had the joy of seeing God work in people´s lives, but ultimately, some people we’ve been helping have found things just too tough in Colombia, and have made the difficult decision to return to Venezuela. After crossing into Colombia in Cúcuta, Abram and Gabriel (pictured right) walked for weeks to get to Bogotá, becoming friends along the way. They showed me the worn-out soles on their shoes.

They are both fathers of small children and, in the end, found it really hard emotionally being far from their families, while they couldn’t earn enough to support them. In the end, both took the difficult decision to return to Venezuela. The reality is that the ´vocation to stay´ of migrants is tested during their first few months here and many decide to return.

Migration is a common thread of human (and Biblical) history; a phenomenon that God can use for his purposes. While many of the nations around ancient Israel had laws about caring for widows and orphans, the Old Testament teaching about care and justice for the foreigner was unique.

‘The stranger who dwells among you shall be to you as one born among you, and you shall love him as yourself; for you were strangers in the land of Egypt: I am the LORD your God.’ Leviticus 19:34

This is a reminder and challenge to us all that reaching out to needy migrants, showing hospitality to the stranger, is a key part of God´s kingdom agenda.