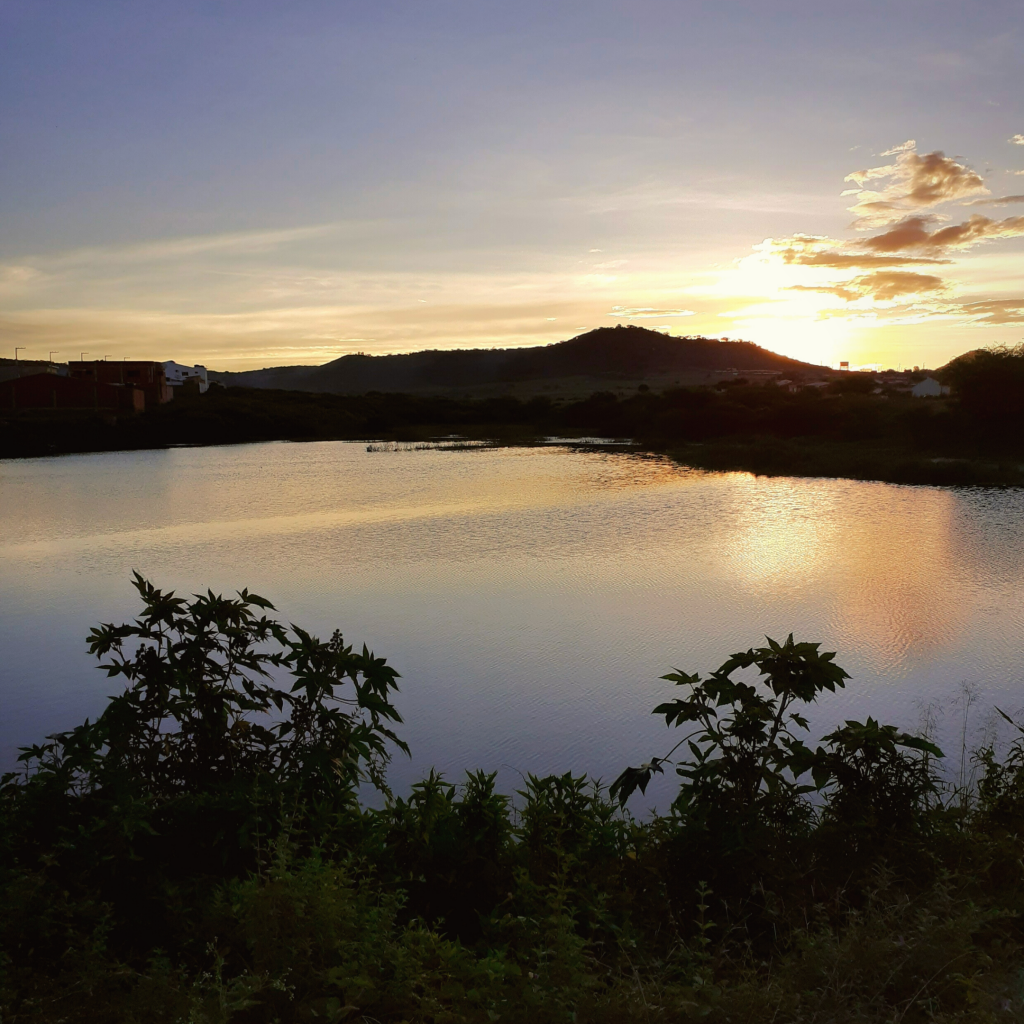 There is something very satisfying about dropping a pebble into a still pond and watching the impact ripple out into larger and wider concentric circles. Scientists say that the energy carries on passing through the water even when you can no longer see the ripples.

In a small town in semi-arid north-east Brazil where my family and I live and serve, there are a couple of nearby lakes and streams. Local people sometimes wade into the water or stand on its banks to catch tilapia and other freshwater fish. They know the places where alligators can lurk in the rainy season, and the signs of their presence in the water.

My 4-year-old daughter and I often pass the lake on our early morning walk, rarely seeing anything. But even the smallest disturbance to the still lake surface sends a shockwave of ripples out, and by following the ripples, we occasionally catch sight of Sr Jacaré and his family.

The term ripple effect describes how an initial event can lead to a series of even bigger effects and events occurring. We see the ripple effect of the kingdom of God breaking through and spreading as the Good News is shared locally and to the ends of the earth. Scripture is full of ripple effects.

When a Samaritan woman had an encounter with Jesus, the impact of her transformation and testimony rippled out to her whole town. John 4 tells us that “Many of the Samaritans from that town believed in him because of the woman’s testimony, “He told me everything I ever did.” So when the Samaritans came to him, they urged him to stay with them, and he stayed two days. And because of his words many more became believers” (John 4:39-41).

Jesus called a handful of fishermen, tax collectors and other non-descript small-town folk to follow Him. Numbers grew as they told their friends and family; Jesus taught and performed miracles amongst them for 3 years. In response to Peter’s Spirit-filled preach in Acts 3,000 believed and soon after that thousands and hundreds of thousands as ordinary believers were dispersed beyond Jerusalem, to the whole region of Judea and Samaria, and to the ends of the earth (Acts 1:8).

The Good News multiplies and spreads; God’s Word does not come back empty! We are encouraged by the baptism of two women in the rural quilombola community of Serra da Torre in Brazil. They walk alongside other young believers in the community, help lead bible studies and give their testimony. God is growing their faith and multiplying the spiritual impact and blessing of their transformed lives to bring Christ’s transforming love to the whole community.

We pray that others will follow their example, having a ripple effect whereby those believers mature in faith assume leadership of the church, reach out to their community and beyond with the Good News, especially but not only to other local quilombola communities. Our vision is to be part of a national church team planting a self-sustaining church which itself reaches out to other communities, and offers holistic transformation to the whole community. So as well as preaching, leading services and evangelism our team have been holding a regular mums and toddlers group; music lessons; are starting an organic cotton cooperative; and more. The ripple effect of the Gospel isn’t limited to the spiritual aspect of life. Transformation impacts the whole person, community and social structures.

In summer 2019, we received a Latin Link Step team of 5 young women, who spent a month running children’s activities in a Compassion project, visiting families, sharing testimonies and praying, and assisting skilled workers from Serra da Torre who were constructing a community playground. At the end of their time, they reported back to the local church in Brazil about their time and included prayer for mission needs in Europe. In response to this, a team of Brazilians from the church in rural NE Brazil are coming to the UK to reach out to Portuguese-speaking migrants and schools in a church in Somerset next year.

The impact of one small presentation has been far greater than what we could have expected. The ripples travel across oceans, as God stirs hearts and moves in powerful ways, multiplying something small to grow His kingdom.

PRAY
Thank you Father for the privilege of serving you and for the spiritual ripples that you stir from every small act of faith. Thank you for the encouragement these stories of hope bring. We pray for the ripples to keep going and growing in Serra da Torre as new believers share their faith with their community. Help us also to live lives that produce ripples for your kingdom.