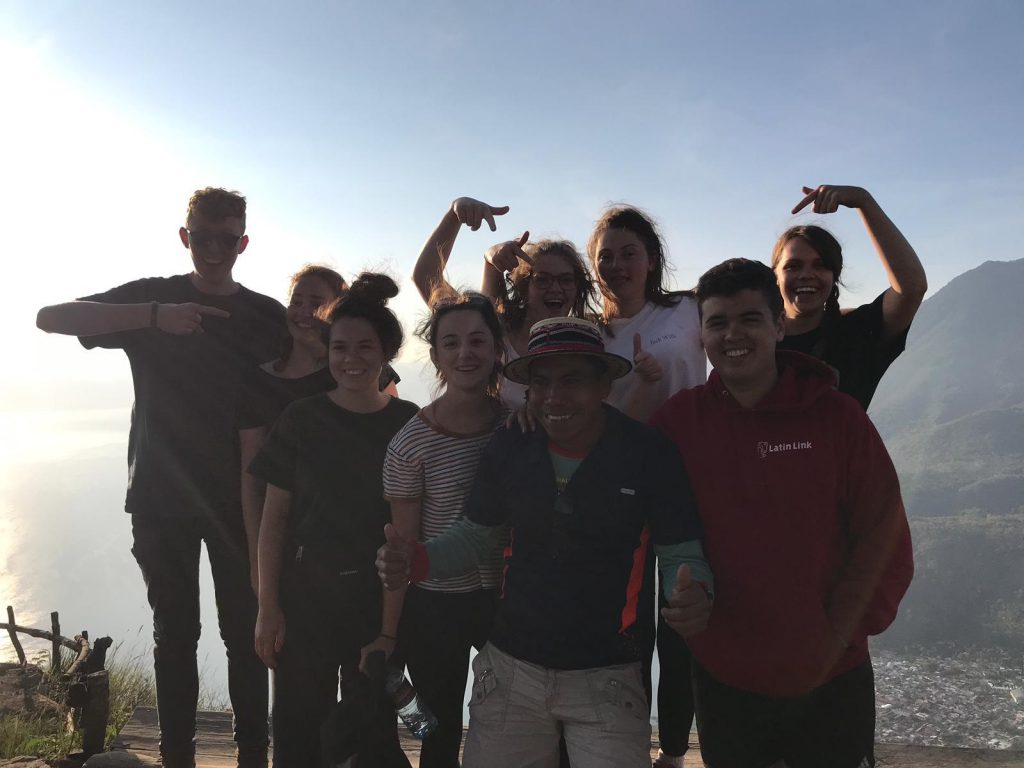 As it is Samana Santa (Holy Week) here it has all been quite busy this last week. We have been bombarded with kids work, enjoyed some smores and completed construction work. So obviously, most importantly, smores; the youth group here decided to have a fire pit where we played games and ate way too many smores. It’s been amazing the relationships we have formed with the youth in such a short amount of time and we are so thankful for them showing us around places in San Juan and giving up their time to be with us.

The kids here had the week off school for Easter so we thought we would put on a kids club for three mornings a week. It was awesome! We had a continual great turn out of kids; nothing to do with the amount of sweets we were handing out I am sure! Many games were played and we were able tell the story of Noah, Jonah, and Daniel; we hope they enjoyed it as much as we did.

On Good Friday a Guatemalan tradition is to lay down carpets made out of coloured saw dust all through the streets. The people of the Catholic churches spend all day laying it all out very carefully using stencils only for the parade to completely destroy it three hours later!

Easter here has been a very different experience and we have been swarmed with all sorts of different celebratory services. We attended one church service where everyone bought along food of some kind and puts it at the front of the church. Maybe we were playing it too safe but we thought mangos and bananas were a good idea. However we were all a bit shocked when half way through the service one of the bags of food starts moving and not one but two chicken heads suddenly emerged! Clearly we weren’t being adventurous enough with our fruit.

We were also able to do some hiking. So on Saturday morning all eight of us plus two other Latin link members (Misha and Edie), a guide, and Diego (our neighbour) got up at 3am to do a three hour hike to the top of the Indians nose (which is a mountain with a weird name) and we are pleased to say we all made it up. A lot sweatier than when we started but none the less we all got to the top.

All in all another great week in San Juan.

P.s. someone may have broken the fridge again. We aren’t going to name names but, Diego- we might need some more super glue.