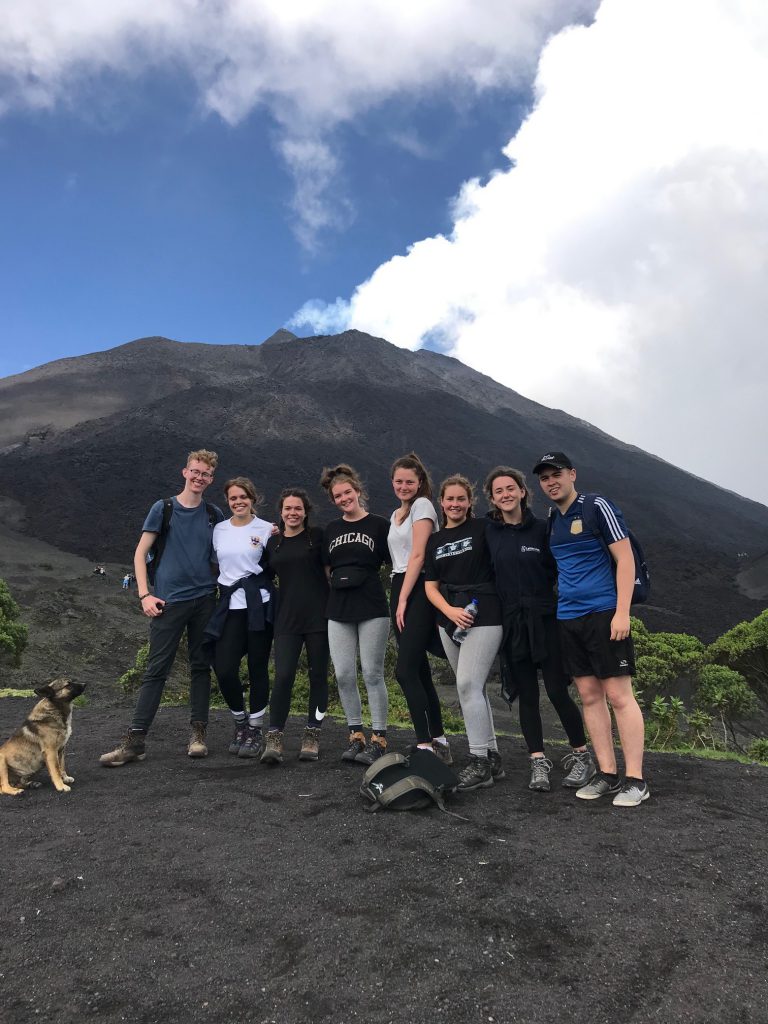 Teaching, Trekking and Tequila (The horse!)

You know how last week we told you that we had to participate in a basketball tournament. Well this week’s surprise was another tournament, not basketball, but this time football. We lost again (the teachers are really competitive though). They have football tournaments for the kids sports day. Some of the kids games were really good and others, well, the ball spent more time off pitch. We even had the pastors son commentating the games. This consisted of him shouting a lot, he’s born to be a commentator.

This Saturday we all optionally choose to wake up at 6am and walk up a volcano. In the words of Darcie: “without tequila, I wouldn’t have made it up Volcán Pacaya”, (tequila is a horse, parents don’t panic). It was one of our favourite days. We got to see lava, volcanic rock and roast marshmallows. Our guide also told us that there would be hotdogs at the top but he literally meant hot dogs, not the type you eat unfortunately. We found out that our guide had lost everything when the volcano erupted in 2010 and now does volcano guides 4 times a week to provide for his family. We were all shattered after walking it once. We also found out the easiest way to get down Volcan Pacaya is to run down Sand dunes all the way which was so steep, a bit too steep for Beth and Niall who might have taken a bit of a 360 degree crash along the way.

Lessons are going well and we are now entering into our last week of lessons, which has flown by. We have recently been teaching them a lot of songs which they seem to like as they sing them to us most lessons. We have actually managed to build some good relationships with the kids which we are really thankful for.

The pastor and his family have recently gained two baby chicks who have taken to spending their time roaming around our kitchen and, when they get the chance, getting into our rooms. I don’t think any of us really like the new family members.

Rhiannon and Niall also help to lead two of the church services this week. They absolutely smashed it and from what we can tell people understood most of what they were saying.