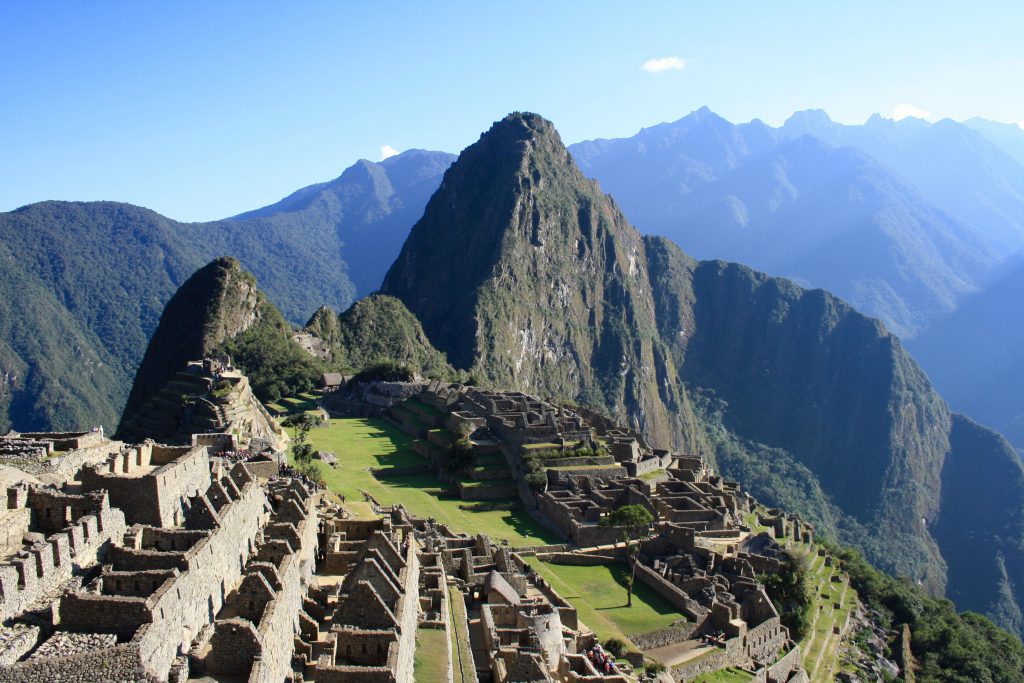 This article was first featured by Pilgrims’ Friend Society

Standing in the queue at the M&S café in Bangor during her first week of retirement, Linda, then 63, found herself praying a silent prayer. “I was surrounded by all these very well-dressed women drinking coffee,” she says, “I prayed, ‘Lord, don’t let me spend the rest of my days as a coffee-drinker.’”

It was a prayer that God has answered resoundingly. Linda’s desire to serve the Lord led her to Belfast Bible College, where she studied from 2007 to 2009. Then, towards the end of the course, Anthea, one of the lecturers, asked Linda if she’d ever thought of going to Peru.

“As a keen hill-walker, I’d actually wanted to go to Peru for a long time to do the Inca Trail. However, the best time of year in terms of climate doesn’t match school holiday dates so I’d never managed it,” says Linda.

However, what her lecturer had in mind wasn’t walking, but mission work. “I hadn’t ever considered it” says Linda, “I thought only young people went on short-term mission trips.”

Anthea invited her to a Latin Link conference in Belfast, where she was introduced to Rosemary, a lady in her mid-sixties who had served in Latin America since her twenties. “I was amazed,” says Linda. “Especially when she looked at me and said, ‘Linda, I could really use you over in Peru.’ My first response was, ‘I couldn’t do that. I don’t even know the language.’ But Rosemary assured me that it wouldn’t matter and that I could pick it up.”

A few weeks later, Linda was having trouble sleeping and went downstairs in the early hours to make a cup of tea. A leaflet, sent as a follow-up from the conference, was lying on the piano unopened and she took it back upstairs to read.

“It was actually a thick fold-out leaflet, and on one side was a huge poster of the mountains with a walker looking out over Machu Pichu and the words, ‘Boldly, go.’ I was thinking to myself, ‘I wish I was 20 years younger’.

Then, from the corner of my room in the deepest voice I’ve ever heard, I heard the words ‘Linda, boldly go.’

“The next morning, I went downstairs and told my daughter, ‘I think God to spoke to me last night.’ I thought she would laugh but she said to me, ‘You’ve been so restless and wanting to do something for ages. You should ring them now.’” It was a Saturday, so Linda thought there was no point calling – the office would be shut. Then the phone rang…

Incredibly, it was Emma from the Latin Link office in Belfast saying that they were looking for an older lady to work in Peru.

A meeting with Paul and Ruth, mentors for Latin Link, came next. Sitting in the café in Portstewart, waiting for Paul and Ruth to arrive, Linda glanced down at a newspaper which featured a short devotional for the day. The verse was Isaiah 30:21, “Whether you turn to the right or to the left, your ears will hear a voice behind you, saying, ‘This is the way; walk in it.’” It seemed to Linda yet another sign of affirmation.

And so in 2011, at the age of 67, Linda found herself heading to Arequipa – the second largest city in Peru – to work among poor communities. “Arriving, I realised that I was completely on my own. There was no internet, no phone. I didn’t know the language. I had to trust God for everything. But honestly, it was thoroughly the highlight of my life.”

Linda found that God had given her a real heart and a love for the people she found herself living amongst. Many were women whose husbands had gone to work in the silver mines, leaving them at home living in poverty. As Linda got to grips with learning Spanish, she was able to take part in a local women’s meeting at the mission hall, eventually giving talks, and teaching at the Sunday School.

There were also many practical ways in which Linda could help, particularly among older people. During the rainy season, many homes would flood, and so Linda and the team would take a mini-bus up the hill to help brush the water out of older people’s homes and to scrub down the walls.

ink my age helped me be a witness,” says Linda. “People couldn’t understand why, at my age, I would leave my family to come and live among them. I could tell them, ‘It’s because God loves you and has given me a heart to tell you about Him.’ Without God, these people live a very hard life. They have no hope.”

After living in Peru for over two years, she was diagnosed with rheumatoid arthritis and so had to return to the UK. Before Linda left, God gave her the chance of finally fulfilling her dream of walking the Inca Trail. “I have a special stamp in my passport to prove it!” she says.

If, like Linda, you feel God is talking to you about going to Latin America on mission, we’d love to help facilitate that. Through our Stride programme, you can begin a 6-24 month mission placement tailored to your skills, passions and ind